Inferno Khawazu is a Dark Warrior with the Horoscope Scorpio that you can summon from the Moonlight Summon.

Easy to build, since you don't need Crit Rate or Crit Damage

Punishes units who use AoE attacks with his passive

One of the few units with the Vigor buff

Detonates burns and ignores Resistance on his S3

Kind of countered by cleanse and immunity

Strip and Burn still relies on not Missing the attack, even with Ignore Effect Resistance

Inferno Khawazu is an extremely fun unit in PVP! He’s one of the two units who can plant Vigor on himself, in exchange for good things happening. When he has vigor, his 75% burn chance on his s1 becomes 100% and plants two Burns on the enemy, and his burns on his S3 ignores Effect Resistance on Vigor. After that, his S3 detonates all burns in the enemy. On top of that, his passive pretty much punishes any unit who uses an AoE skill – if he’s hit with an attack that targets all allies he removes all debuffs on himself, heals based on his Attack power, and increases his Combat Readiness by 20% before putting Vigor on himself. Granted, it’s only usable once every 2 turns, but considering how he has 2-turn Vigor, it’s pretty much just constant Vigor cycling if you’re lucky.

He’s been tested in Arena a lot these past few weeks, and it’s been proven that he can actually pop Tempest Surin from under Fallen Cecilia, without proc’ing her insanely annoying passive. Fallen Cecilia will put skill nullifier on Tempest Surin, which will then activate Inferno Khawazu’s passive, and sets him up for his s3 – the skill nullifier negates any damage on his s3 that might trigger Surin’s passive ahead of time, but his dispel will destroy any barrier or immunity she has, place the burns, and then detonate. This detonation should be able to burst down T.Surin if you’ve built Khawazu with enough ATK.

The only two teams that he really can’t shine his best in are teams with no AoE attacks and Champion Zerato teams. (As it turns out, C.Zerato transfers debuffs back before the detonation can occur.) However, when he’s drafted against the right team, he can very much carry the battle with a lucky AoE hit! He pairs up great with Researcher Carrot, too.

There are two ways you can build Inferno Khawazu: the regular Fast Burns build, or the Counter Build. It’s a lot harder to build him with counterattack, since Counter gear doesn’t offer any gains to stats and he’s already slow as-is. The Counter Build is mostly to be considered as a fun joke idea to play around with, but if you’re going for a serious “works every time” build, then Fast Burns is the way to go.

Inferno Khawazu is one of the few damage-dealing units where you don’t want to put any Crit Damage or Crit Rate on him, because Burns deal more damage based off of the caster’s Attack. On top of that, his multipliers on the actual skills aren’t that very good; even if you build him Destruction/Crit with the best Crit Damage/Rate stats possible, you won’t be doing any real nuking with him. The best stats to aim for are Attack and Speed, with HP% and Def% also being pretty necessary. Effectiveness% isn’t a must-have stat on him, considering how his s3 ignores Resistance; however, some recommend putting some on him just in case (also for his S1).

Note: Should you find yourself lacking in Effectiveness, it’s alright to switch out the Immunity in Fast Burns for Hit until you can get good Immunity gear on him. However, Immunity on the Counter Build is necessary for him (and for pretty much anyone built Counter).

Note 2: Inferno Khawazu specifically uses Oath Key and not A Symbol of Unity when putting an artifact on him to counter Tempest Surin. You don’t want the extra damage that Unity gives, because T.Surin’s passive cleanses her of all debuffs and increases her Combat Readiness if someone ends a turn with her below 70% HP. Khawazu’s Burn detonation goes through her passive’s “can’t take more than 51% damage in one turn” effect, and her “Cleans debuffs if below 70% HP”. 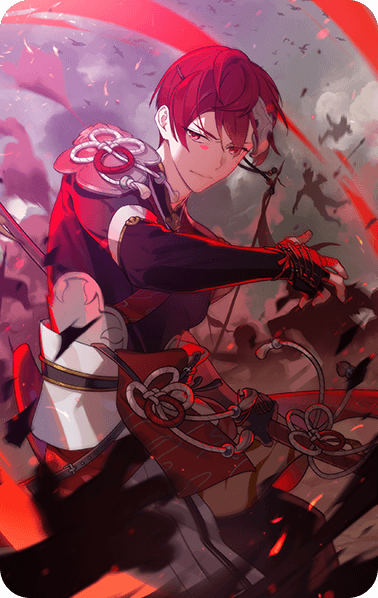 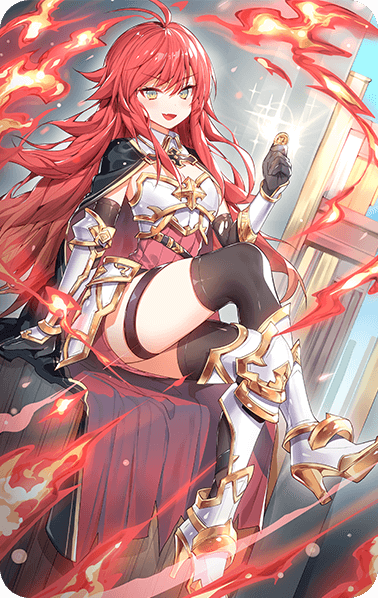 Border Coin
Speed and Attack
Stacks on his passive! Border Coin will greatly increase his ATK and Speed every time he procs his passive, which was already made to punish AoE-attacking units. One of the best artifacts for him. 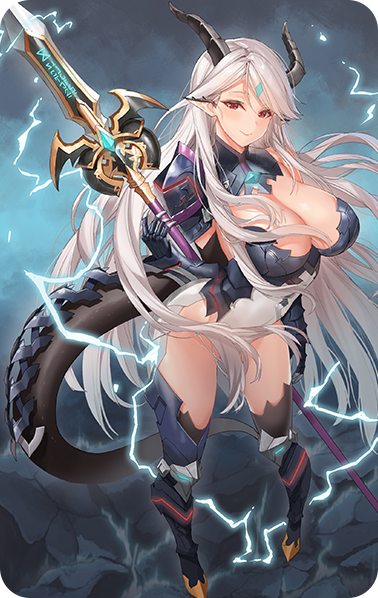 Uberius’s Tooth
Extra Damage
Considering how both of his attacks are single-target, Uberius scales off of attack, and 90% of Inferno Khawazu's stats are going into Attack, this can be an insanely good artifact on him. Skill it up to +30 for maximum potential, though. 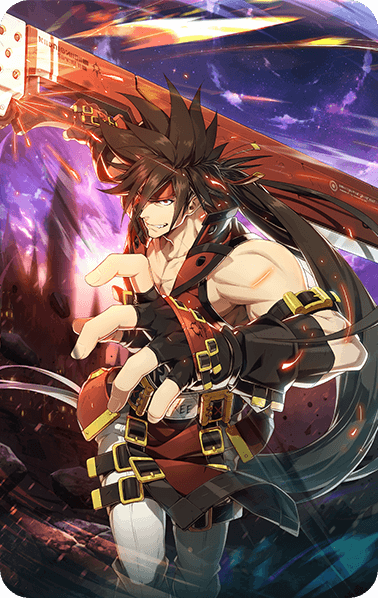 Junkyard Dog
More Burns
[LIMITED ARTIFACT] On paper, Junkyard Dog looks like it's a decent artifact for Inferno Khawazu, and it's easy to see why, with extra burn chance. However, remember the burn chance is only 50% when maxed out. Uberius and Border Coin are better choices for him.

Oath Key
Extra Hit Chance
Used against Tempest Surins with Moonlight Dreamblade, to increase his Hit Chance. You specifically want this artifact and not A Symbol of Unity, due to Unity's extra damage.

Speed
Counter Build (Not the Most Recommended)

Inferno Khawazu has 3 skills. Skills can be passive or active. Inferno Khawazu's Jealous Strike can be soul burned for extra effects. More information can be found on our Skill Multipliers page.

Burn Effect: Grants an extra turn. (-20 Souls)
Attacks the enemy with flames, with a 65% chance to burn for 1 turn. When the caster is granted vigor, increases effect chance by 25% and inflicts one additional burn effect.
Show Enhancements ↓
+1: +5% damage dealt

Cooldown: 2 turns
After suffering an attack that targets all allies, dispels all debuffs from the caster and activates Blazing Fury. Can be activated once every 2 turns. Blazing Fury: With an outraged cry, grants vigor to the caster for 2 turns before recovering health and increasing Combat Readiness by 20%. Amount recovered increases proportional to the caster's Attack.
Show Enhancements ↓
+1: +5% healing

Cooldown: 4 turns
Attacks the enemy with an inferno, dispelling all buffs, before a 75% chance each to inflict two burn effects for 2 turns, and at the end of the turn, detonates burn effects. Ignores Effect Resistance when the caster is granted vigor.
Show Enhancements ↓
+1: +10% effect chance

First things first, you'll definitely want to skill up his S3 for the 100% burn chance and the -1 turn cooldown. After that comes his S1, skilled up to at least +4 to get 75% burn chance. His s2 can be skilled up as well for more healing, but his s3 and s1 are priority. Remember, skilling him up to +15 is most recommended, though.

Blazing Fury increases Combat Readiness of the caster by an additional 5%.

Recommended
Grants immunity to the caster for 2 turns when using Blazing Fury.

Silences the target for 1 turn when using Flames of Destruction. When the caster is granted Vigor, ignores Effect Resistance. This effect is applied before inflicting Burn.

Attacks the enemy with an inferno, with a 75% chance each to inflict two burn effects for 2 turns, and at the end of the turn, detonates burn effects. Ignores Effect Resistance when the caster is granted vigor.

Attacks the enemy with an inferno, dispelling all buffs, with a 75% chance each to inflict two burn effects for 2 turns, and at the end of the turn, detonates burn effects. Ignores Effect Resistance when the caster is granted vigor.

Myth, Sad Memory
This shows the morale points you gain when the following chat options are selected. Check out the labyrinth team calculator to gain the most morale points here.

Due to his inner darkness, Inferno Khawazu lost both his position as great chief and the power of fire to Malicus, but after freeing Inferno Malicus, he took hold of even greater power. He has since seized half of Meldrec and now, claiming he's the rightful great chief, fights his sister Great Chief Khawana for supremacy.