Mercedes is a Fire Mage with the Horoscope Scorpio that is excluded from summons.

Can go kind of ham triggering her s2 now

Has her own exclusive Artifact, Magic for Friends

Can revive herself to 50% HP once she's powered-up

Doesn't have any debuffs

As of Mercedes’ buffs, she’s rocketed herself up from “warm-body until you get someone better in your team” to “actually pretty good!” She can be powered up even further once you clear 10-10 of Episode 3, and will get her own exclusive artifact, made just for her, called Magic for Friends. You’ll have to clear the stage The Final Destination in order to power her up, though.

When she’s powered-up, she’ll get a new buff called Immense Power. It increases her ATK by 15%, and will revive her with 50% HP after dying. Now, granted, this revive can only happen once per battle, but that’s still insane! Magic for Friends, her own exclusive artifact, decreases the damage she takes via a critical hit by 25%, and when she’s attacked without it being her turn (e.g. when the enemy attacks), she has a 15% chance every 2 turns to activate Dimensional Rupture, her s2, again.

As such, she’s managed to become a good unit to use in Guild Wars or other Arena fights! AoE counterattacking is all the rage right now, and as such the new Mercedes fits perfectly into this new meta!

These Build Notes will be assuming that your Mercedes is already powered up. There are three builds to use on powered-up Mercedes: the Counterattack Build, Speed Build, and the Lifesteal Build. Using the counterattack build would of course be the best choice, so she can increase her Combat Readiness more. However, the Speed build is easier on her stats, and Lifesteal can help sustain her a little more, since you’ll be using Magic for Friends as her artifact.

The Free ATK set from adventure is only to be used if your Meru isn’t powered up yet.

A good Mercedes build looks to be about:

If you have her on the Speed Build, the ideal speed is about 210 or more.

Artifact Note – Magic for Friends is pretty much the only artifact to use on her after she’s been powered up. The other two artifact choices are for if your Mercedes isn’t powered up yet. 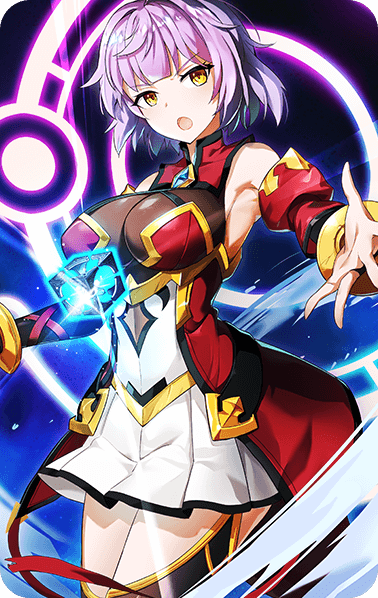 Magic for Friends
Her Own Exclusive Artifact
[MERCEDES EXCLUSIVE] Obviously, Magic for Friends is going to be a good choice for her, since it was built just for her. Its chance to trigger her s2 is semi-low, but then again, look how much Rem counterattacks with her own 15%. 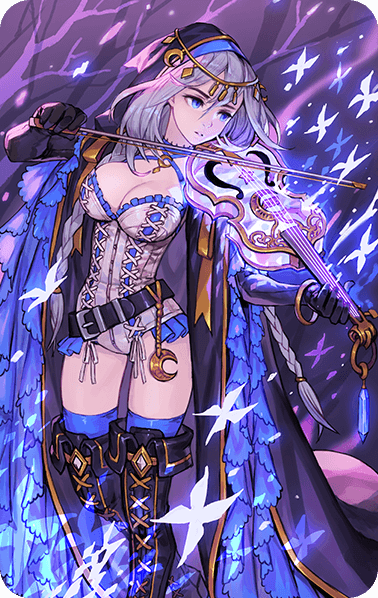 Iela Violin
Strip Buffs
[Acquired in Hall of Trials] There's no reason why you should be using this over Magic for Friends, but if you don't have that artifact yet, this one can work decently for her. 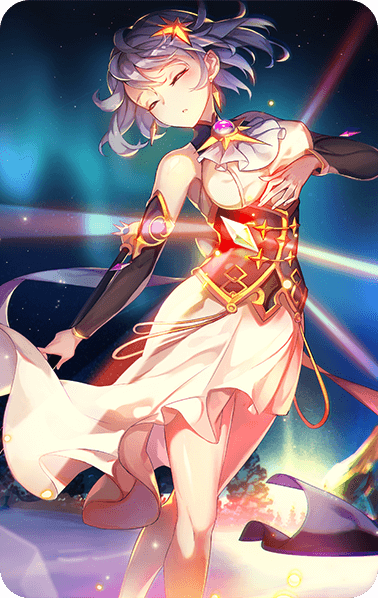 Radiant Forever
Extra Damage
[Acquired in Hall of Trials] Like Iela, there's no reason to use this over Magic for Friends if you have that arti. If you don't have it yet, though, this one can work to increase her damage.

Mercedes has 3 skills. Skills can be passive or active. Mercedes's Dimensional Rupture can be soul burned for extra effects. More information can be found on our Skill Multipliers page.

Burn Effect: Increases damage dealt. (-10 Souls)
Attacks all enemies with a light sphere, with a 55% chance to dispel one buff. If used when there are three or fewer enemies, damage dealt increases as enemies become fewer. When the caster is granted increased Attack, activates Dimensional Rupture again. When activated this way, Dimensional Rupture deals decreased damage, and can only be activated once.
Show Enhancements ↓
+1: +5% damage dealt

Cooldown: 4 turns
Releases the power of the Ancient Book to strongly attack all enemies, before increasing Attack of all allies for 2 turns. A critical hit will increase damage dealt.
Show Enhancements ↓
+1: +5% damage dealt

Release the power of the Ancient book to attack all enemies, before increasing Attack of the caster for 2 turns. A critical hit will increase damage dealt.

Releases the power of the Ancient Book to attack all enemies, before increasing Attack of all allies for 2 turns. A critical hit will increase damage dealt.

Reality Check, Happy Memory
This shows the morale points you gain when the following chat options are selected. Check out the labyrinth team calculator to gain the most morale points here.

A Homunculus placed in the care of Queen Diene some years previously, Mercedes has a poker face that gives away little emotion, but she grows quickly attached to those who show her kindness. Sometimes, she may awkwardly mimic others to repeat what they say.